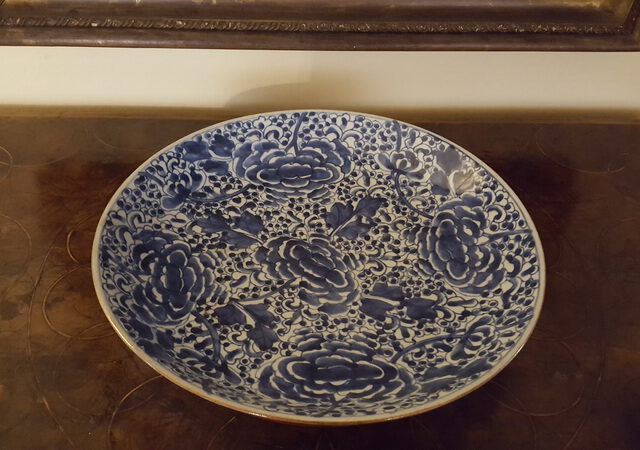 Saba gave her hand to the woman, who led her inside the hut where only men had been. Saba cast her eyes around. To the left of the door, there was a blue plastic chair lined up against the wall. Right next to it, under the window, stood a small table. Covered in colourful fabric, it was arranged with a set of china cups and silk flowers in a blue plastic vase.

From the kitchen came the rattle of china and cutlery, pan lids chiming, Alice banging the wooden spoon on the side of the pan after stirring.

They were using the good china from the sideboard, the cups weightless and fine, transparent. It you held them up to the light when they were empty you could see set in the base a picture of a woman’s head, strands of her loose hair blowing behind her…

The had exchanged the reams of tickets they won for a white china vase in the shape of a crumpled boot, which Kasim said he was going to give as a present to Alice, just to watch how it put her on the spot, having to appear grateful when it was the ugliest thing she’d ever seen.

Ceremonially, over coffee in the dining room, Kasim presented Alice with the china boot.